An Australian-made procurement policy by federal and state governments would “turn the tables” on shoddy furniture imports, mostly from Asia, that continue to fail Australian standards for consumer safety and trusted forest certification, FIAA general manager Dean Brakell said at AWISA 2014 in Brisbane.

“Such a policy – and other countries like Canada are doing it – would almost turn the fortunes of furniture manufacturers overnight,” Mr Brakell said.

“We are continuing to take the fight to Canberra and we’re working closely with the influential Furniture Cabinets and Joinery Alliance which met with federal Department of Industry officials at an industry forum at AWISA last week.” (A report on the forum will appear in next week’s T&F enews).

“A level playing field is a no-brainer.”

The labels have been issued to more than 500 FIAA members Australia-wide; many of them have individually repeated orders for up to 1000 ‘green label’ stickers which they attach to product packs at distribution points carrying a message that products manufactured by EWPAA members are certified Super E0, EO and E1 under a strict JAS-ANZ accredited system. 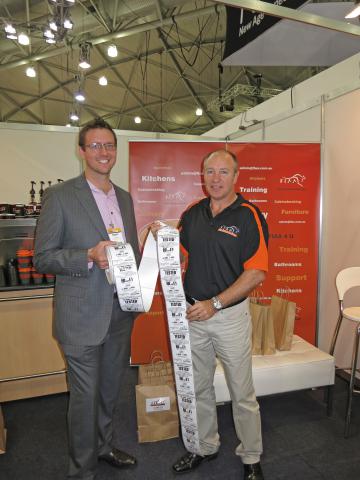