Representatives of the Japanese Ministry of Agriculture, Fisheries and Forestry (MAFF) were in Brisbane recently for their annual audit of the EWPAA JAS (Japanese Agricultural Standard) certification program.

Each year, government officials from MAFF or the Food and Agricultural Materials Inspection Centre witness EWPAA JAS auditing at a member mill and undertake a three-day process and document review of EWPAA’s JAS certification activities.

The Engineered Wood Products Association of Australasia is one of only three JAS foreign certification bodies outside Japan, and the only English-speaking auditor for the program.

The Japanese representatives also visited New Zealand to witness an audit conducted by EWPAA at one of the JAS certified facilities there.

“Suzie manages all testing of Japanese samples in the Brisbane laboratory and Andrew has undertaken responsibility for the JAS certification, which requires a sound understanding of the Japanese process, which can be quite complex.”

Mr McNaught said the Japanese audit confirmed that EWPAA continued to run a certification program that met all the requirements of JAS.

“The example for Australian authorities is that the Japanese government requires every structural element going into a building has passed a rigorous certification process,” Mr Naught said.

“This government-level of certification demands that framework of every building in Japan is up to scratch.

“This contrasts dramatically with the system in Australia which has to rely on industry self-regulation.”

“Proof of this is evident in the number of non-compliant products in the marketplace,” he said. 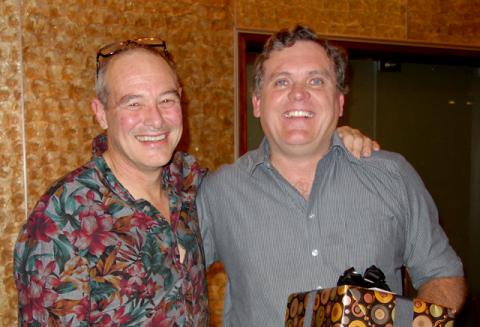